Ready in: about 30 minutes


How to prepare the recipe: "Coffee Bavarois":
Put a pot onto the stove with milk, add coffee and vanilla stick. When the milk boil, remove from heat and strain.

Soak the isinglass in cold water.

In another pot beat the yolks with sugar until they are frothy and well fitted; slowly add hot milk, beating with a whisk in order to not coagulate the eggs. Put the pot onto the stove at low heat and cook the cream until it will be well inflated without boil it. To ensure the cream is well done make this test: dip a wooden spoon into the cream, then pass over a finger, the sign must remain.

Before removing the pot from the heat, add the isinglass drained and squeezed and beat well with a whisk in order to melt it. Remove the cream from the heat and let it cool, mixing every now and then so that the surface doesnt become hard. Filter and pour the cream into a pie dish.

Whip the cream and add it by spoonfuls to the drained cream, mixing very gently to not disassemble the cream.

Using a brush for cakes, oil the inside of a mold for bavarese, then pour the cream previously made.

Put the mold inside the coldest part of the refrigerator, keeping it there for several hours.

Before serving the bavarese, soak the mold into hot water for a moment; then remove the dessert from the mold onto a round dish.

You can decorate this bavarese with amaretti biscuits (or other biscuits of your choice) and some coffee beans.

Chef's advice
The term "Bavarese" (Bavarian) comes from the French term bavarois, that implies the word pudding: Bavarian pudding. The Bavarian itself is, in fact, a typical drink of France and from there widespread in all areas over the Alps. It's an eat-and-drink, usually hot, consisting of tea, milk and liquor. It is believed to have been introduced at the early eighteenth century by French chefs serving the Wittelsbach royal house of Bavaria. The dessert took the name from the royal house. Procopio Coltelli helped promote it in Paris, thanks to the famous Café Procope, born in 1686. From the drink originates, at the beginning of the nineteenth century, the dessert we know today and that was called bavarois or Bavarian cheese, because the appearance resembled a cheese.

If you want strengthen the color and the flavor of the bavarese, add to the milk a teaspoon of lyophilized coffee and one of coffee beans.
Instead of almonds oil, you can use liquor. 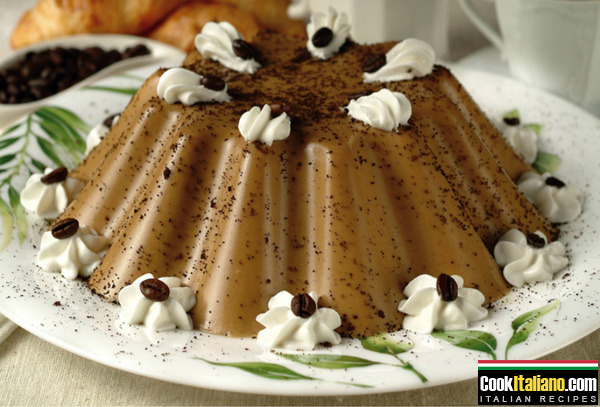 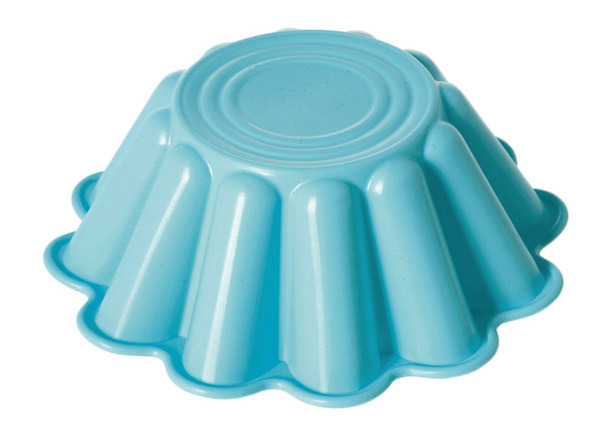 In the picture, Coffee Bavarois

Nougat with honey and almonds
(Desserts)
Toast almonds in the oven at 180 °C or in a nonstick skillet at low heat in order to make them golden and let them cool. ...

Mont Blanc
(Desserts)
Wash the chestnuts and boil in boiling water for about 45 minutes, drain and skin removing the inner skin too. Pass thro ...

Chocolate and pears cake
(Desserts)
Take a bowl and pour inside the flour, the sugar, the minced almonds, 3-4 tbsp of water and a pinch of salt. Add butter ...

Panpepato
(Desserts)
Boil almonds and hazelnuts for a few minutes, drain and rub with a cloth to peel. Soak the raisin into warm water for so ...

Chocolate diplomatic
(Desserts)
Into two different bowls melt a bagnomaria (bain-marie) the milk chocolate and the dark chocolate. In another bowl bea ...

Italian regions and their recipes